Dedicating Our Home to God and Mary

Dedicating Our Home to God and Mary

Without the basic cell of society, – the family – Schoenstatt could not exist.  Father Kentenich (1885-1968), the founder of Schoenstatt, knew this very well. He was able to work with families already since the 1930s, when the industrial revolution threatened to tear families apart. During his time in Milwaukee he worked tirelessly to build up, educate, and strengthen families through his weekly talks to couples.  Through his message and the response of the families, he was able to bring to fruition what he had once written to families from Brazil in 1948.

If the Blessed Mother wishes to form and shape a new human society and a new type of personality from Schoenstatt, she must necessarily concentrate her entire power of grace on creating and increasing the number of sound and strong Schoenstatt families (Father J. Kentenich, Letter from Santa Maria, Brazil, to the families through Fr. Tick, April 15, 1948).

Given the uncertainty of the pandemic, we cannot foresee when exactly we will go back to receive our Lord, gather with our faith community, and celebrate the beauty of liturgy, we ask: “What can we do at home?” Many have built a home shrine in years past and are most grateful for the blessing of having one. Others would like to move in that direction and do not how. Here are some basic criteria we need to take into consideration.

2. The Marian Corner, altar, or mantle, as you may want to call it, is another simple step to bring into our homes the presence of God in an almost tangible way, if you will. Upon giving a place of honor to the Mother of God we open the door to Christ and his Spirit to come into our homes, and with them, (we are led to) the love of the Heavenly Father. The Triune God makes his abode wherever Mary is present. When we allow the Blessed Mother to settle in our homes, through a family prayer corner, we are giving her the opportunity to be part of the family. Like every mother, Mary is ready to nourish and educate us. The closer we come to her, the more we learn what Christian life and discipleship is all about. Praying, working, eating, and playing in her presence forms us! She will also strengthen our faith and confidence. Learning about her life teaches us how to trust in God in the midst of difficulties and trials. Praying with her helps us grow spiritually!

3. The Schoenstatt Home Shrine is more than the Marian altar or the family prayer corner. It is an extension of the fountain of graces of the original shrine and daughter shrines Schoenstatt Shrine into our homes and family life. Because the original source of the graces extended to the home shrines is found in Schoenstatt’s original covenant of love with its promises and demands, it is necessary to seal the covenant of love with the Blessed Mother, as the Mother Thrice Admirable of Schoenstatt, before erecting and blessing a home shrine. These specific requirements are not necessary for building the domestic church or a Marian Corner in your home.

While the idea of dedicating the home as a shrine of the Mother Thrice Admirable was finalized in 1963 and articulated by the founder of Schoenstatt in a talk to couples, we know that the concept has its roots in a much earlier development.

In 1912, when Father Kenteinch was entrusted with the education of the boys in the seminary, he invited them to embrace the following program: “Through the intercession of the Blessed Mother we want to educate ourselves to be firm, free, priestly personalities.” Feeling helpless before the task of the educating the young men, he presented the Blessed Mother as their primary educator. In 1914, the historical moment of the original covenant of love took place. The little abandoned chapel in Schoenstatt became a shrine! How? Father Kentenich and the boys offered their prayers and sacrifices, even their very lives, so that the Blessed Mother could make of the small dilapidated chapel her home. From there, she should work miracles of grace.  Sincerity in their efforts and aspirations as well as faithfulness in fulfilling their duties and living out of their consecration were demanded of them. God’s intervention proved fruitful in the local attachment of the Mother of God and the free human cooperation of the young students. The same is repeated every time the Blessed Mother establishes herself in a Schoenstatt Shrine.

In 1943 while Father Kentenich was a prisoner in Dachau the first Daughter Shrine was built in Uruguay where the Schoenstatt Sisters were experiencing the same helplessness in educating the people. They thought if only they could build a replica of that little shrine in the valley of Schoenstatt the people of Uruguay might experience the graces of the Mother Thrice Admirable.  With their prayers and sacrifices they drew the Blessed Mother into this replica of the Original Shrine, ensuring the union with the original source of grace. The Blessed Mother rewarded their sincerity as this became the first of many daughter shrines to spread her graces far and wide. Now there are over 200 Daughter Shrines throughout the world, all endowed with the same miracles of grace, the grace of being at home, the grace of inner transformation and the grace of apostolic fruitfulness (J. Yank, Home Shrine Congress Novena, 2013).

In 1948, while visiting the settlement of Schoenstatt in Santa Maria, Brazil, Father Kentenich writes to the families involved in the Schoenstatt Movement words that have become fundamental in understanding the meaning of the home shrine. He said:

… we unite and beg and petition with great fervor for a new and effective miracle of transformation. Take the picture of the Blessed Mother with you and give it a place of honor in your homes. Then they in turn will become little shrines where the venerable
picture will prove to be a source of grace, creating a holy family atmosphere, and forming holy family members (Santa Maria, 1948).

Some time later, while living in Milwaukee, on November 18, 1963, after spending much time with the couples in that area,
Father Kentenich coined the term home shrine. He said:
First let me list three things in succession: We have the Original Shrine.  We have daughter shrines and among the daughter shrines central shrines. (…)  Now comes a third expression, which is perhaps unfamiliar to you in this form. It is the home shrine.

What do we mean by “home shrine”?  Many of us have not only dedicated their house to the Blessed Mother in general, but also
offered it to her as a living shrine. What I am about to say is of elementary importance for the future:  Everything which holds true for the Original Shrine and for the daughter shrines also holds true for the home shrines (The Birth of the Home Shrine, Second Edition, Fr. Jonathan Niehaus).

If you are interested in establishing a home shrine, we recommend that you remain in contact with the person who introduced you to it or who is responsible for the coordination of Schoenstatt’s apostolates in your area. As you see, you can give the Blessed Mother the opportunity to establish herself in your home by preparing a special prayer corner.

To build the Domestic Church takes the full commitment of the parents and the increased efforts of the children. Growing in faith as a family is everyone’s task. Reading material, reflections, and the like can be provided. However, the most important is the family’s common agreement to focus on their growth as children of God.

To have a Marian altar or prayer corner you only need to identify the best place in the house – let it be a central point in the house. Place a cross at the center, bring a picture of the Blessed Mother, and have a shelf or a small table close to it. As the month of May approaches, see if you find some blossoms and a nice candle to bring the life and light of God into your home. As you collect yourself by this corner to say your prayers, privately or as a family, God’s presence will penetrate the place.

To have a home shrine requires more than that. The covenant of love with the Mother Thrice Admirable is the starting point. This moment of grace is the beginning of the path toward erecting a home shrine. It opens the gate to many future blessings for the family and the individual. Just as the covenant opened up a source of grace in 1914 in the Original Shrine, this bond with Mary is be the key to unlock the flow of graces to be directed to each home shrine. 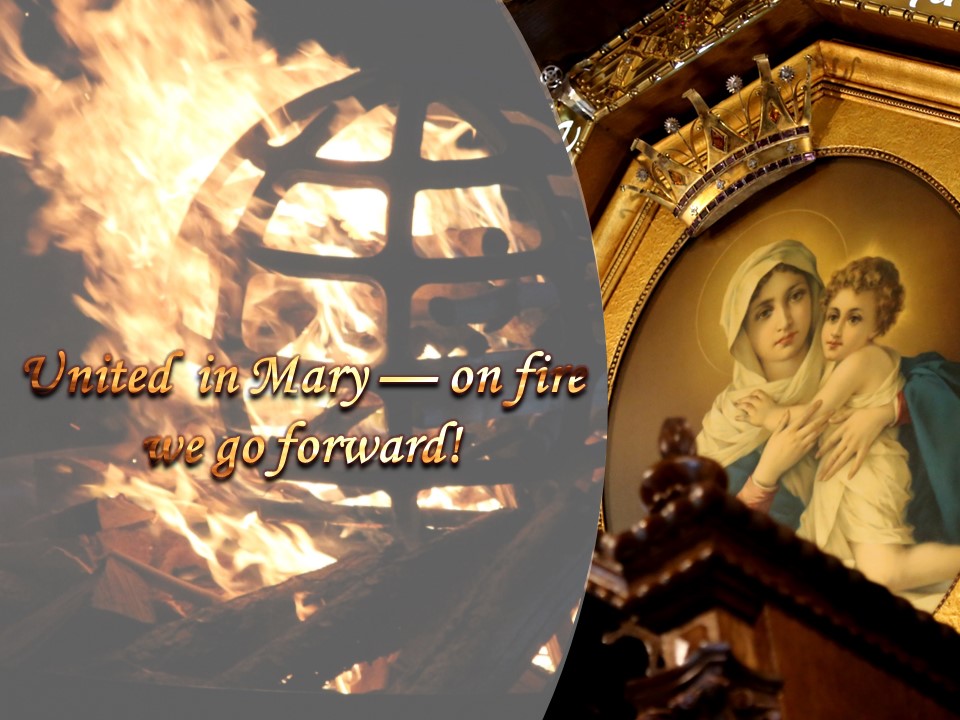 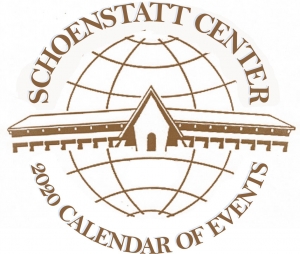